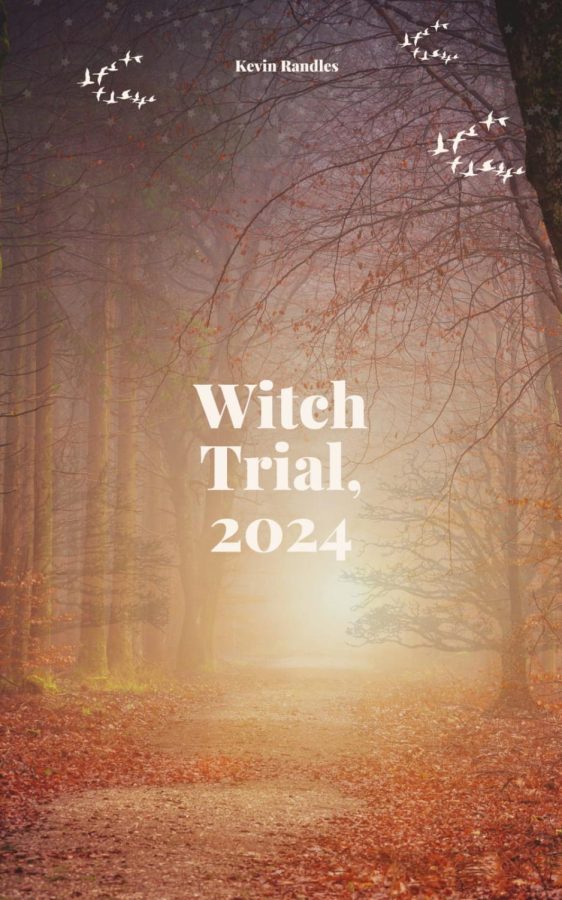 Rachel McClellan
“What the heck is it that these people want?!” I asked myself as I ran through the halls, past an assortment of swords, daggers, and spears. I knew, however, that my question was completely rhetorical. I knew exactly what they wanted – me, dead. I had taken one of the Council’s little artifacts (a staff previously owned by my late mentor, Isabella Sakura), and for whatever reason, they felt that I was now too dangerous to be kept alive. So much for quitting my job on good terms.

Now, as I ran, robes flowing behind me, I felt a sort of energy pulsating through Isabella’s sole possession, the kind of magic I had come to expect from anything remotely associated with her.

“Might as well see what Miss Sakura was on about with this thing,” I remarked, figuring that the easiest way out of my predicament was to use magic. Whispering an incantation to myself, I managed to summon a few of my illusions. I looked around, and a group of ghostly copies of me now ran alongside me. I felt a new sense of power surge through me, and I began to use the diversion to slip into a side hallway. Silently, I shape-shifted into a bird to escape, having found a feasible exit through a nearby window. As expected, my illusions faded as I ascended, upon my second spell being used. I’ve never been good at casting several spells at once. My pursuers took notice, and I took a rock to the small of my back. I was just barely able to ignore what was now a splitting pain down this form’s spine as I propelled myself up to the window.

Once outside, I took a quick breather. I’d gone a good thirty feet, but so far my back was in more pain than ever, as my exhausted wings, recovering from the adrenaline rush, refused to open. I was small and agile in this form, but the bruise on my back weakened me, and I was dismayed to discover that I didn’t have enough power to change back into my original form, nor did I have enough energy to heal my injuries. I would have to get help, but I couldn’t move. Telepathy would have to suffice… if any of my friends were close by.

“Seems like you need some help,” someone in my head guesses.

Lily! I was ecstatic that my sister, who I hadn’t seen for a while, had found me. “You seriously need to stop with that sudden mind-reading thing. Are you nearby?”

“Depends on where you are, my friend,” Lily remarked, with a hint of sass in her mind-voice.

“I’m on the roof of that fort that we visited that one time,” I explained, “Slough.”

“The hell are you doing there? You know that place is a death trap,” she asked, clearly trying to contain laughter… and failing miserably.

“Picking up something of Izzy’s. Long story. Fancy coming and helping me out?”

She cut the mental connection as abruptly as she had established it, and within minutes, I watched a starling flutter onto the rooftop next to me, before melting into a humanoid form.

“A Dove? Really now!” Lily teased, picking my small, frail form up in her hands. “No wonder you got caught on your way up here! You need to stop being so obvious, Sis!”

“Real funny, Lily,” I said, unamused. “Could you spare some of that magic of yours so I can be human again?”

“Shut up.” As Lily began healing my exhausted body, I could feel the bruises and – were those scars? – receding into the feathers, until they were no more. Finally, after I managed to bite her fingers until she stopped petting me and put me down, I willed my bird form away and felt my ornate black robes and Isabella’s staff materialize again, all while I prayed that Lily didn’t make another comment regarding my getup. We stood in silence for a while, watching the sun make its slow descent towards the horizon.

“So, Rachel,” Lily started, breaking the silence. “It’s great to see you here, but what is it exactly that you’re doing here?”

I let out a frustrated sigh that I didn’t know I was holding in. She wasn’t gonna stop, was she?

“A few days ago,” I explained, “I discovered that the Council had unlawfully seized Miss Sakura’s staff. I decided to investigate and, if I could, take the staff back. As you can probably guess by the fact that I summoned you here, a spell misfired and things went awry.” I raised the staff. “But I got the staff, so there’s something good.”

Lily took a minute to fully process the information, before slowly nodding her head, uncertain at first, but progressively having more things click in her head.

“Did you get any new information about it?” She asked, almost sounding like she knew the answer already.

“The folks I helped to stay in power back in the day are sadly still there. Other than that, no,” I replied. “Hey, should we really be talking about this here? Let’s go back to the Palace.”

The Palace in question was not a palace at all, but an enchanted clearing in a nearby forest, only visible to those permitted to access it. One of the last few remnants of the existence of the woman who was Isabella Sakura. It was exactly as I had left it a couple of days before, except for two things: New torches were illuminating the center of the clearing, and there was a piece of parchment stapled to a nearby tree. I tore it off to read it.

You are receiving this message because the Council of Wizards has found reasonable evidence that an artifact previously belonging to the Council Citadel has been stolen, with you having been reported to be at the scene and time of the theft. Thus, you have been charged with theft.

Should you be indicted of the crime of theft and so determined to be in possession of an artifact which has not been properly accounted for, you will have to answer to the Grand Tribunal of the Council of Wizards and be subject to their displeasure.

In the event that you are found guilty of theft by the Tribunal, you will be sentenced to up to twenty years in federal prison, and have the artifact seized by the Council.

Attached is the date for your hearing before the Tribunal.

“Well,” Lily finally spoke up. “That’s some major news, but why’d you ask me to come here, if you don’t plan on telling me what the hell is happening?”

“We’ve been framed for stealing Isabella’s staff,” I explained, reluctantly. “You and me both.”

“I’m not sure. But they also know about the Palace.”

“Next week!” I sensed Lily’s fury without even going into her mind. “We have no evidence to back up our case!”

“What’s happening?! Lily, calm down, I can hear your thoughts!” I shouted, just barely able to think myself.

“We’ll figure something out.” I knew, however, that we had no way of getting out of this. My time as an assassin had taught me many things about how the government works. If they want someone done, they will do anything to get someone to do it. They get away with stealing things from civilians because the victims have no concrete ways to prove that it is truly theirs unless it is properly registered. In this case, for all the Tribunal cared, we had stolen the staff from Isabella Sakura, after her untimely death, without registering ourselves having gained possession of it.

We were, for all intents and purposes, enemies of the government we once served.