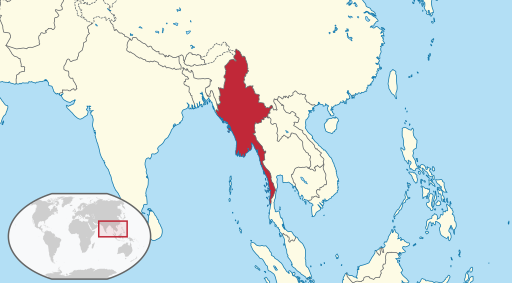 President Biden inherited a hectic domestic state with a divided nation battling COVID-19 and recent variants. However, Biden as the new leader of “the free world,” also faces major conflicts in Myanmar, Yemen, and Saudi Arabia.

Just five days after the U.S. election, another election would alter the international community in the coming year: Myanmar. Early in the morning on February 1rst in Naypyitaw, elected populist leader president Aung San Suu Kyi was detained by the country’s military who had declared that the nation was under a state-of-emergency and enacted martial law.

Swiftly, the cities of Yangon, Mawlamyine and Mandalay all witnessed the military capture of key offices and buildings and arrests of various officials and government workers throughout the country.

General Min Aung Hlaing proclaimed himself the interim president and had charged that the November 8th national election was fraught with fraud despite evidence displaying a landslide victory for president Suu Kyi.

President Biden quickly denounced the Myanmar military for its blatant disregard for their citizens and the process of democracy and induced sanctions on the generals of the military junta and threatened further action, as have other leading nations in the international community. The U.S. Secretary of State, Anthony Blinken under the new administration stated on February 4th that “firm action” would come from the administration and that “We stand with the people of Burma.”

Since the start of the coup, over 70 people have died in the clashes between the military junta during the daily anti-coup protests. The U.N. has described the situation on the ground as a war zone, with 38 people killed on March 4th alone. The deadliest day yet recorded. Kyal Sin, an anti-coup protester was one of the many fatalities of the conflict on Thursday, has become a martyr for the cause. She was 17 years old and was noted as wearing a T-shirt: ‘Everything will be OK’.

Biden has experience with international conflict, going back to when he served as vice president under former President Obama.

In September 2014 the Yemeni civil war began with the Houthi forces, led by Abdul-Malik al-Houthi, from northern Yemen, taking the city of Sana’a and gaining territory throughout the northwestern region of the country in a coup d’etat against the government led by Abdrabbuh Mansur Hadi and his supporters after years of economic and political divisiveness. The Houthis in a mass mobilization effort swiftly captured multiple governorates and won a decisive victory at Lahij driving Hadi out of the country, where he lives in exile in Saudi Arabia, and the Hadi-backed government to the city of Aden.

In the ensuing maelstrom other groups have gained influence further inflaming the conflict such as the STC (southern separatist council, backed by the UAE), the AQAP (Al-Qaeda in the Arabian Peninsula) and ISIL (ISIS). Since the takeover, numerous states had thrown their support behind one or another group, with Saudi Arabia playing a major role in the conflict.

On March 26, 2015, Saudi Arabia, along with a coalition of Arab nations, joined together in an intervention into the conflict code-named: Operation Decisive Storm, placing their support behind Hadi and his government. Since then Saudi Arabia has aided Hadi with a constant bombing campaign of the Houthis and much later a full naval blockade and deployed ground troops to force the Houthis from their seat of control.

As a key ally of Saudi Arabia, under former Presidents Obama and Trump, the U.S. had aided the Saudis and the coalition in providing the intelligence and enhanced sale of weaponry. Perceived to be a proxy between Saudi-Arabia and Iran’s fight for dominance in the region, the war has drawn out to a stalemate and gained major criticism from the international community for destabilizing the region and creating one of the worst humanitarian catastrophes in history.

With a reported death toll of 233,000. 131,000 by indirect causes (famine, lack of healthcare infrastructure) and over 7,500 were children casualties, often by landmines (IED’s) or actively killed as soldiers of the conflict.

All this conflict brings us back to today.

Biden has called out the conflict, stating February 5th, “The war in Yemen must end.” And in a shocking response to many, U.S. support by direct sales of armaments to the Saudis and the coalition have ceased.

Public sentiment of the Saudi government has shown signs of tension with a released report and recorded audio from the Office of the Director of National Intelligence (ODNI) on the death of journalist Jamal Khashoggi, confirming crown prince Mohammad Bin-Salman had in fact ordered the brutal execution. However, President Biden has made no moves for sanctioning Saudi Arabia which has led to outcry for justice.

Biden campaigned with a promise to “lead by example and rally the world to meet our common challenges that no one nation can face on its own.” Skeptics wonder if he merely intends to reverse his predecessor’s work internationally for the sake of partisanship.

What is clear from Biden’s first months in office is his resolve to promote democracy worldwide. How his actions will be regarded in the long term remains to be seen.