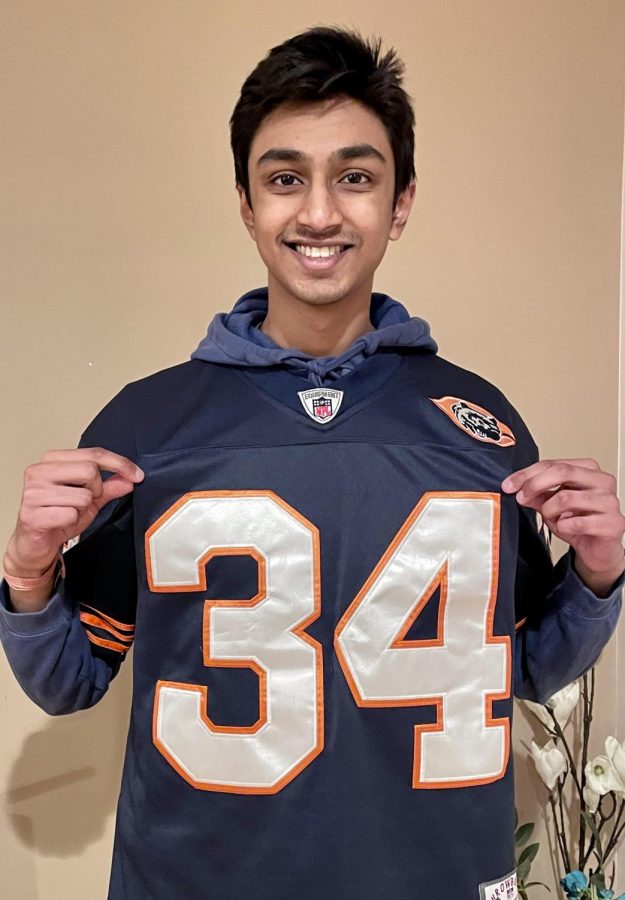 It is clear that going into next season both GM Ryan Pace and Matt Nagy are at risk of losing their jobs and without some key changes, Chicago can expect more mediocrity to come its way.

The Bears closed the 2020-2021 season with a loss to the New Orleans Saints in the wildcard round of the playoffs. Coach Nagy has two playoff appearances in three seasons. He has no playoff victories, however. Furthermore, the only reason the team made the playoffs this season was due to the format change allowing an extra team in the tournament.

The current quarterback situation in Chicago has been odd, to say the least.

Mitch Trubisky started the year off 3-0 until he was benched in favor of Nick Foles who went 2-6 in his time under center. Mitch was then brought back and finished the season off 3-2 with the Bears barely making the playoffs. This offseason, the Bears would love to make a splash by recruiting a franchise quarterback like Deshaun Watson or Russell Wilson. If they fail to do so, the fallback choice could be to stick with their backup quarterback, Nick Foles.

Foles is under contract with the Bears until 2021, with a salary cap figure of $6.7 million. Foles’ dead cap number will be higher than that, but the Bears have no financial reason to cut him. Mitchell Trubisky is due to become a free agent on March 17 and is unlikely to return to Chicago, and there’s reason to think Foles will stick around. This would not only upset the fan base but also put Nagy and Pace’s job at risk, Foles heavily underperformed in the offensive system leading to him getting benched midseason.

With Russell Wilson recently being in the rumor mill, it is expected the Bears make a major push to get him. “If the Bears struck a deal with the Seahawks Russell Wilson would happily accept his walking papers to the Windy City,” stated ESPN reporter Adam Schefter.

For the Bears, that’s already half the war won. The other half will be bringing together a trading offer that would be agreeable to the Seahawks. Nick Foles and draft picks might not be as enticing of a deal if the Raiders decide to make an offer sending Derek Carr to Seattle. However, Bears players have remained optimistic about bringing a new QB to Chicago and have been active on social media during the recruiting process.

Whatever happens, without a solid quarterback under center next season the franchise can expect another sluggish season on the offensive end.

The Bears defense has been the strongest point of the team and has been at the top of the league for the past 3 years.

However, due to some injuries, the defense took a step back and underperformed in the playoffs, the Chicago Bears finished 14th in defense in 2020, after finishing in the top five the previous three seasons. The defense went from being a brick wall against offenses to being a “bend don’t break” team.

With the new hire of Sean Desai as defensive coordinator and some elite players on this defense, it’s impossible to picture Akiem Hicks, Khalil Mack, Robert Quinn, Roquan Smith, Kyle Fuller, Danny Trevathan, and Eddie Jackson not excelling on the field.

If this defense can return to the high-scoring, intimidating, and powerhouse that they were, then the Bears franchise will succeed and win games.

The offensive line of the Chicago Bears improved significantly as the season progressed. The offensive line created opportunities for the run game, David Montgomery ran for 598 yards and seven touchdowns during the final stretch of the year. In his previous nine games, he had just 472 yards and one touchdown on the ground.

The Bears can succeed when they run the ball effectively but this doesn’t happen all too often due to the constant injuries that occur. When Bobby Massie was on the field, he had a great season. The concern was that he didn’t spend enough time actually playing, due to a leg injury, he missed half of the season.

Another challenge was how Charles Leno Jr struggled, especially with penalties. His number has decreased from 12 in 2019 to 7 this season, but it is still extreme. The Bears, who are struggling with their salary cap, can save money by cutting Leno and Massie, they will save $17 million if they do so.

The concern is who will take their spot on the Bears’ roster. In Massie’s absence, Germain Ifedi did a fine job at right tackle and can take over the starting job going into next year. He just signed a one-year contract, but he could get a new one to remain in Chicago. The rest of the line will still need work, especially the left tackle which may have to be built through the draft and a couple of key off-season signings in order to protect the quarterback’s blind side.

With the right offensive line, this team can flourish in both the run and pass game allowing them to win far more games than before.

The Bears have many incredible pieces who are capable of making big plays if given the ball. Unfortunately, the biggest threat they have, Allen Robinson, is no longer under contract, and had yet another impressive campaign during the 2020-2021 season.

For the second year in a row, he reached the 1,000 yard mark and is only the fifth Bears receiver to do so. Over the past 3 years he has 3,151 yards and 17 touchdown receptions in Chicago, catching 64 percent of his passes. He accounted for 25% of the teams’ targets, the person in second was only at 16%.

Another key piece is rookie Darnell Mooney, Mooney was picked 173rd overall in this year’s draft and seems to be a bargain. He has a lot of speed and can run short routes and be a deep threat. Mooney was a tough player for the Bears to incorporate into the offense, in the first eight games, he was hit 43 times for 305 yards and had 55 targets for 326 yards in his last eight contests. The Bears need to bolster their wide receiver core now that the season is over.

This requires Robinson’s re-signing, negotiations collapsed after the Bears halted negotiations, and his return appeared to be in jeopardy. The Bears, on the other hand, badly need Robinson back, he’s too important to this offense, and he’s already proven his worth. If an agreement can be reached, the Bears must move fast.

Adding to this core is also a need and with the addition of some young talent through the draft the Bears can become a force to be reckoned with on offense.

The Chicago Bears have plenty of needs to address this offseason; it’s going to be difficult given their limited salary cap space and desperate need for a quarterback. With jobs at stake a winning season is needed, the talent is there and with the right pieces fans can see this team in February contending for a Super Bowl title.