Why Your Vote Matters

The Six States That Made Trump President 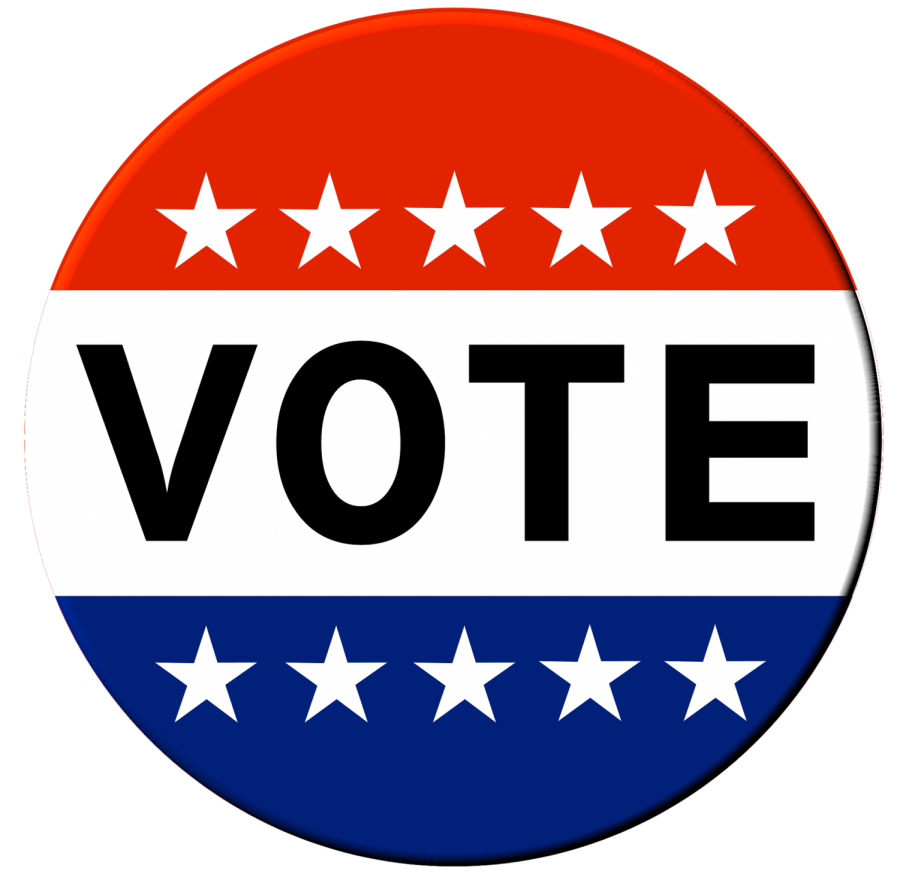 Image by amberzen from Pixabay

Nearly four years ago, the 2016 election polarized the country and brought controversial results. Republican candidate Donald Trump won the election through the Electoral College. However, Hilary Clinton, the first female nominee of a major political party, won the popular vote. The Democratic candidate received over two million more votes than her opponent, yet she lost.

Many states, particularly in the midwest shifted red on the unforgettable November night. Political commentators who felt confident going into the evening, watched dumbstruck as Trump began to edge a lead. By the end of the voting process, many people fell into a state of shock.  After a Republican victory became apparent, Rachel Maddow, a commentator for MSNBC, assured her  audience that they were “not having a terrible, terrible dream” and had not gone “to hell”.

After Donald Trump was inaugurated into the White House, a global protest broke out. On January 21st of 2017, about half a million people marched in Washington. In addition, millions around the world held their own protests to show their discontent of the United States’ new Commander and Chief. Participants wore pink during what was named the “Women’s March” to stand up to who they believed was a sexist leader. When describing women, Mr. Trump has been known to use vulgar and demeaning comments. One of which was referring to American comedian Rosie O’Donnell as “fat little Rosie” in 2006.
Low Voter Turnout And Why
Despite Americans’ strong opinions towards President Trump, voter turnout during the 2016 election was the lowest it had been in many years. At 55.4%,* just over half of all eligible citizens cast their vote during the 2016 election. In 2012, 60% of voters made a trip to the polls, showing a near 5% decrease in voter participation. Interestingly, there was a 4.1 point drop in voter turnout by  eligible Democratic voters between 2012 and 2016, while there was only a 2% drop in support among eligible Republican voters. The lack of turnout by blue voters was certainly a factor in Trump’s victory.

*This number is from November 10th, and the true number is likely larger by a small amount (vote totals were not yet finalized).

With high disapproval over President Trump, one asks themselves why more Democrats didn’t participate in the political process during 2016.

Many people feel as though their vote plays little to no role in the result of an election and therefore they don’t go through the trouble of filling out a ballot. This mindset is particularly present in the youth of America. At 43%, 18-20 year old voters visited the polls at a far less rate than older age groups.

Hopefully, by showing how close of a race the 2016 election truly was, more youth will be empowered to get involved.
The Six States That Made Trump President
Iowa, Wisconsin, Michigan, Ohio, Florida, and Pennsylvania went to Donald Trump in 2016. All of these states, which were blue an election cycle earlier, provided Trump with 99 of his 304 electoral votes. These states that went to Democratic leader Barack Obama in 2012, gave Trump almost a third of his electoral votes.
Iowa:
Similar to most, the Hawkeye State has not been a solid blue or red state for too long at any point in modern American history. From 1968-1984, Iowa voted for Richard Nixon twice, Gerald Ford, and Ronald Reagan twice, all of whom were Republicans. In 1988, the state turned blue and voted Democrat four consecutive elections in a row (1988-2000). The 21st century has been no different for the Midwestern state. Backing Al Gore in 2000, George W. Bush in 2004, and then supporting Obama during both of his elections, Iowa is truly a swing state, but has tended to vote for Democrats more in the last two decades.

2016 saw the state shift red again, giving its six electoral votes to Donald Trump. With over 800,000 votes, the Republican won by a margin of 9.4 points. This is quite the opposite of 2012, when Democrat Barack Obama grabbed over 800,000 votes himself, and won by 5.6%.
Wisconsin:
Just like Iowa, no single political party has a strong grasp on Wisconsin’s electoral votes. In the last 20 elections Wisconsin has voted for the Democatc candidate eleven times and the Republican candidate nine times. This near split shows how over time, platforms of political parties along with state demographics can shift dramatically. Although Wisonsin voted blue in the seven elections, before 2016, showing strong support for Democrats in recent decades, Donald Trump was able to win the majority of the vote, flipping the state again.

What was assumed to be a state that would go to Hilary Clinton, Democrats looked hopefully to the results of the 2008 and 2012 elections. Barack Obama won the state of Wisconsin both times, by a margin of 13.9 points in 2008 and 6.7 points four years later. With Democratic voter turnout being basically the same during both of Obama’s elections in Wisconsin,  the large drop in his support perhaps revealed a shift in ideals that would only become apparent in 2016. Winning by just 22,748 votes, one of the smallest margins of the election, Donald Trump scored ten electoral votes, and turned the Badger State red for the first time in 32 years.
Michigan:
Home to Motor City, the state of Michigan surprised the country with a voting margin even closer than Wisconsin. Just like most of the Midwestern states mentioned so far, Michigan has aligned itself with the Democratic party for all of the 21st century. Barack Obama, who served two terms also saw a slight decrease in support from the state, winning 57.4% of Michigan’s vote in 2008, and 54.3% in 2012. This loss of support could be related to the overall decrease in Democrat voter turnout from 2008 to 2012 nationally. In Michigan specifically, the amount of votes casted by blue voters dropped from 2,867,680 in 2008, to just 2,561,911 in 2012, or a 10.6% decrease.

Narrowly winning by just 0.3%, or 10,705 votes, Donald Trump surprised the county, and turned a once thought safe state for Democrats into a red one, earning 16 electoral votes.
Ohio:
Unlike the previous states mentioned, Ohio has not been mostly aligned with the Democratic candidate for the last four elections. Voting for George W. Bush in 2000, and 2004, and then Barack Obama in 2008, and 2012, the state voted Republican and Democrat in the election cycles leading up to 2016. Although the battleground state has been hardly fought over between the major political parties for the past decades, the state went red by a rather large margin in 2016.
Winning by over 400,000 votes and eight points, Donald Trump was able to secure the Buckeye state as if it were not a swing state at all. Adding to the list of unexpected losses for Hilary Clinton, Ohio provided Trump with 18 electoral votes in 2016.
Florida:
Voting uniformly to Ohio in the four elections leading up to 2016, the southeastern state, went red for Bush in 2000 and 2004, and then supported Obama, the country’s first African American President, during both of his elections. Being worth 29 electoral votes, tied for the third most of any state, Florida is hardly fought over, as it has supported both political parties in recent American history.

Results from the 2000 election exemplifies how close Florida elections can be. The race between Democratic candidate Al Gore and Republican opponent George W. Bush was so close in Florida, that a recount was necessary. After a delay in results, Bush would win the state by just 537 votes, out of the millions cast. Gore ended up losing the election by 5 electoral votes. Florida offered 26 in 2000. A margin smaller than half of Prairie Ridge High School made George W. Bush our President.

In 2016, Donald Trump won the state and its electoral votes in a close race. Hilary Clinton, the Democratic candidate, scored 4,504,975 votes in the Gator state compared to Trump’s 4,617,886 . By a margin of 1.2%, the Republican claimed victory in another close race.

This Eastern state, which supported the Democratic candidate in 1996, 2000, 2004, 2008, and in 2012, amazingly voted Republican in 2016. On the night of the election, Megan Murphy from Bloomberg stated “that is the race frankly” and added “there is no path forward for Hilary Clinton,” as the state was called red.  Surprised, she went on to say that Trumps’ win in Pennsylvania was “one of the most stunning results of the night.” She added that Mr. Trump had performed well in western Pennsylvania, particularly in the suburbs.

With just a lead of 44,292 votes, or 0.7%, Donald Trump won Pennsylvania, and its 20 electoral votes by a margin of about the population of Crystal Lake, Illinois.
Why Your Vote Matters
As explained above, the result of an election cannot be predetermined. A state is never guaranteed to vote red or blue. Despite the millions of votes cast during an election, a race can often come down to just a few thousand.

Whether you are reading this as a new voter or not, remember this:

Voter turnout is essential, and it can be the difference in who becomes the next President.

If you have an opinion, express it.

If there is a candidate you are passionate about, vote for him or her.

Waiting until after an election to use your voice by complaining is worthless.

Making a difference this fall starts by going to the polls.