Parasite is a Modern Masterpiece 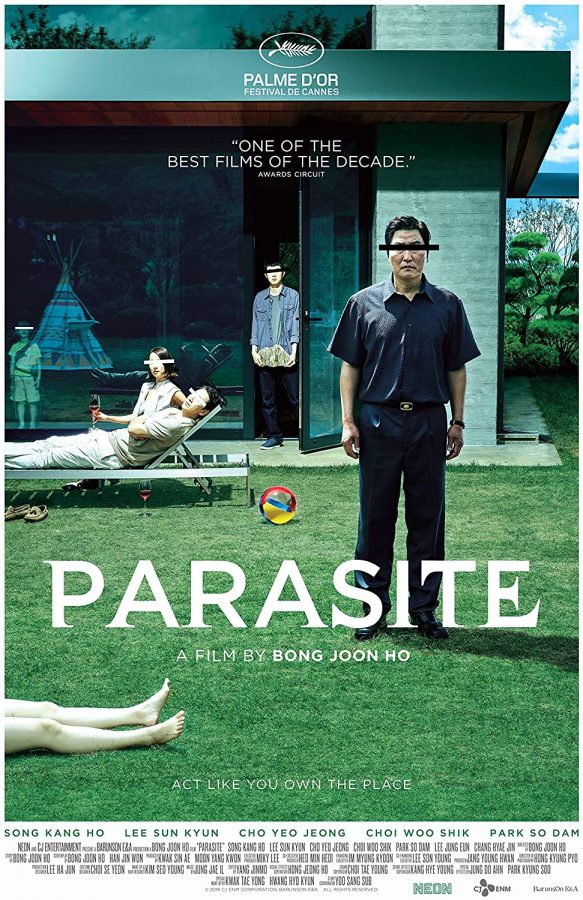 This past year’s Academy Awards shook the world by selecting a foreign film as the recipient for best picture. The film itself comes from Korean director Bong Joon-ho, and while it lacked the home advantage of the other nominees, it nonetheless came through to win the big award. I finally sat down to watch it on Hulu, and not only did it deserve its award, but it set a new standard for films around the world.

Parasite comes off as an unassuming, underdog story at first. The Kim Family is an underprivileged bunch living in South Korea stuck in a semi-basement. With drunkards peeing in their alleyway and being stuck in a cramped living space, one could understand their desire for a better life. As a result, they slowly begin to infiltrate the home of an upper class family: the Parks, one by one each of the four Kims becomes a member of the house staff. Things begin to go awry as the Kims discover the dark secrets hidden within the home, which builds up to a twist ending that had me terrified.

The brilliance of Parasite lies in its subtleties, symbols, and complex themes that explore the relationship between the upper and lower class, making it a film that I could see being studied for years to come. Although one may get the film’s thesis from one viewing, there are so many little details scattered throughout the movie (such as the symbolic rock and the recurring theme that the Kims may be given away from the smell of their clothes) that compel the viewer to rewatch. Each piece of the story feels integral to the film’s message, and yet so much is packed in that it’s impossible for one to get the full experience during your first time watching. Few films can acquire that intrinsic Citizen Kane quality in that it beckons its viewers back again to contemplate its themes and ideas further.

However, the film is clearly more than the message it delivers its audience. Each of the characters in the film is memorable and enjoyable to watch on screen, and yet flawed at the same time. We’re compelled to root for the Kims and yet we question their actions for the pain they bring to the employees they replace; simultaneously, we’re compelled to like the Parks for their familial nature and yet we begin to see how their wealth seeps into their soul, producing characters that aren’t exactly pleasant to the core. The film’s side characters are also compelling and tragic, the icing on the cake of a well-written and well-crafted cast of characters.

Aside from the characters, Parasite’s writing is witty and funny, provided that you can keep up with the subtitles. Multiple moments had me bursting out laughing, and yet the film still builds up to its shocking ending. The tonal shift doesn’t cause whiplash because the film’s story builds up to the volta so effectively, and the rest is an insane roller coaster with an ending you wouldn’t expect. I would wholly recommend the movie for its ending alone, an ending that can only be truly experienced blind.

In short, Parasite is a masterpiece in every way. A compelling story, excellent messages, likeable yet flawed characters, and an ending that had me leaping out of my seat. Few films are so well crafted that they become essential films for anyone to watch, which was especially surprising in an age where Hollywood seems more compelled to make money rather than art.

Parasite is a movie you need to watch, and it is a film that I won’t soon forget.