The Coronavirus: Everything You Need To Know 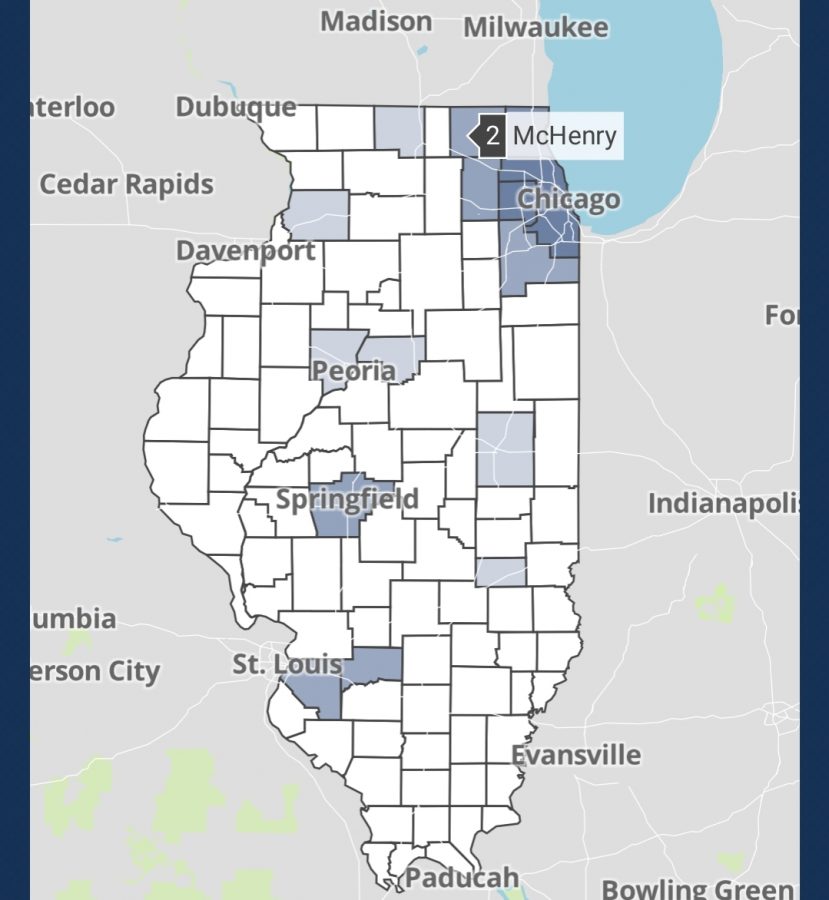 Note: All information regarding the number of COVID-19 cases is accurate as of March 17th, 2:30 PM US CST or UTC-6. An interactive map created by Microsoft that displays global COVID-19 cases was used for this article. Should the link to the map show different numbers for readers today, know that it updates numerous times throughout the day.

According to the Centers for Disease Control and Prevention (CDC), COVID-19, or the Coronavirus has heavily impacted the world since the start of the year. Believed to have started in Wuhan, China, SARS-CoV-2 is the name of the virus that causes COVID-19. The virus is categorized as a betacoronavirus and known to come from bats. Since its origins in China, the virus has spread to over 100 countries around the globe, and has been classified by the World Health Organization (WHO) as a pandemic.

In late January, WHO gave SARS-CoV-2 the classification of a “Public Health Emergency of International Concern” in a statement from the second meeting of the Emergency Committee. At that time, there were only 83 confirmed cases of the virus in 18 other countries outside of China. Representatives from China claimed that there were 7,711 confirmed cases in their country, and over 12,000 suspected cases at the time of the Emergency Committee meeting (January 30, 2020).

Optimistically, the Director reassured the world that “all countries can still change the course of this pandemic.”

Two days later, the United States deemed the virus a National Emergency. In addition, the Federal Reserve reduced interest rates heavily to nearly 0%, as well as buying hundreds of millions of dollars in federal bonds. The government took these steps in order to help soften the blow that the COVID-19 illness will certainly have on the economy.

Impact On The World

As of March 17th, 2:30 PM CST, there were 196,636 confirmed cases of COVID-19, 107,105 of which are active cases. 7,918 people have died from the virus and 81,613 have recovered from it. The mortality rate is at 4.03% worldwide, if calculated by using the amount of confirmed cases and deaths. In reality, the rate could be lower because not all cases may have been documented.

Even if the mortality rate is perhaps a little lower than 4%, it still far surpasses the rate at which people with the standard flu die. WHO claims that the seasonal influenza kills “far fewer than 1% of those infected.”

Many people also forget key differences between COVID-19 and the seasonal flu.

Besides the lower mortality rate, WHO reminds the public that many people have built up an “immunity to seasonal flu strains.” This is quite different to COVID-19 because the SARS-CoV-2 virus, which causes coronavirus, is new. Therefore, no one has built up immunity to the virus. Finally, WHO explains that there are many treatments available for the seasonal flu. These include “vaccines and therapeutics.” However, proper treatment for the coronavirus illness does not yet exist. Fortunately, WHO claims that there “are more than 20 vaccines in development.”

China has been hit the hardest from the now global virus. 80,881 of the nearly 200,000 confirmed cases have occured in the country. Although over 40% of world cases belong to China, the country has been quite effective in containing the virus. Of the over 80,000 confirmed cases, 68,709 of them have recovered, and 3,226 have resulted in death. That places the mortality rate of the virus at 3.99%, just under the world average.

The major difference between China and the rest of the world is the amount of people who have recovered from the virus. In China, 84.9% of cases have recovered so far.  In contrast, of Italy’s 31,506 confirmed cases, only 9.3% have so far recovered. Similarly, in Iran, just 5,389 of the 16,169 cases have gotten over the virus.

China has dealt with the virus in a very extreme manner.

During January, over a dozen cities were shut down in the Hubei province, the province in which Wuhan is located. Additionally, many Chinese citizens were told to stay home. This resulted in over 700 million people being limited to their homes. Although incredibly drastic, China’s methods of defense against the virus show success. Despite the fact that the most populous country’s ways of coping with the pandemic might not be applicable for every country, aspects of their solution should certainly be taken into consideration by leaders around the world.

Impact On The United States

At 5,711 cases, the United States has the 8th most amount of confirmed cases out of all countries in the world. Out of the almost 6,000 cases, only 94 Americans have died. That puts the country’s mortality rate at 1.6%. Although this number is far better than Italy’s nearly 8% mortality rate, it fails to represent the small number of Americans that have recovered. Only 17 Americans have been able to fight off the SARS-CoV-2 virus so far. The death toll of the virus remains low in America, but so does the rate of recovery. With just 17 people, Americans’ recovery rate is just 0.3%.

The United States government can take this opportunity to look at the virus’s effect on the rest of the world, and what has worked to stop it, before the number of cases increases to the numbers seen in Italy.

The stock market has tumbled substantially during the pandemic.

The Dow Jones Industrial Average (DJIA), which tracks 30 large U.S. companies dropped over 30% from February 12th to March 16th. The S&P 500 and Nasdaq Composite, two other large stock indexes have dropped around 30% as well in the same time period. The economy has now entered a bear market. The last bear market occured after the housing crisis of 2008. Lasting 11 years (2009-2020) the recent bull market, which marks economic growth, was the longest in history.

How To Stay Safe

The American Red Cross offers many tips and strategies to stay healthy during this time of uncertainty.

One should wash his or her hands “often with soap and water for at least 20 seconds, especially after being in a public place, or after blowing your nose, coughing or sneezing.” If soap and water is not available, then “ hand sanitizer with at least 60% alcohol” will work as well.  The organization also advises to avoid touching one’s face, and to stay away from people who are ill.

There are certain population groups also at a higher risk of developing COVID-19 than the average citizen: older adults and people who have serious chronic medical conditions like heart disease, diabetes and lung disease.”

Symptoms to look for include “fever, shortness of breath and a cough.” Particularly troubling when considering how to prevent the spread of COVID-19, these indicators can sometimes not appear until up to two weeks after the virus has already been acquired.

Many health organizations have created helpful graphics on safety proctol such as this one by CDC, and Illinois has created a map to help its citizens track the virus.