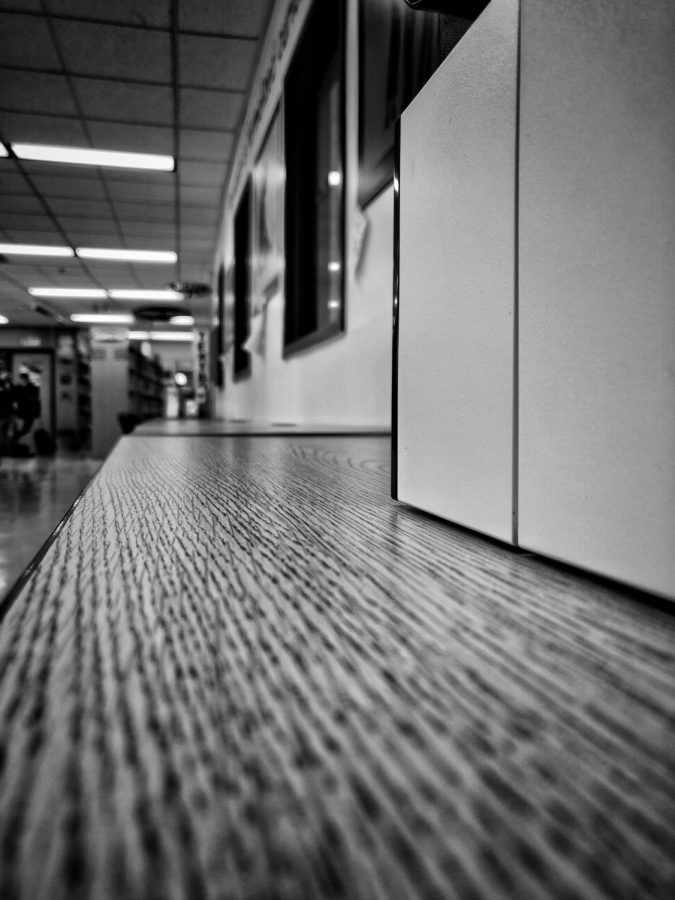 The computers disappeared from the library and art labs just days after the district announced it had been attacked by ransomware.

Prairie Ridge students have heard teachers complain in the weeks since #CHROMEBOOKGATE began.

Teachers began to work from the tiny screens of student loaner Chromebooks, complete with leftover stickers and miscellaneous graffiti. Art and engineering labs could not access Windows devices. A few days later, the desktop computers disappeared from the library and art room.

Teachers did their best to minimize the impact on students. Senior Olivia Jewell said, “[the attack] has not affected me at all because all of my teachers have adapted to the situation.”  Paris Lotito, PR freshman agrees, indicating “teachers still use worksheets and slides.”

Although the art and engineering students have felt the impact most, attempting to learn through mobile applications or pen and paper, others without those classes have felt only minimal inconvenience.

Junior Matt Savas credits his teachers. “I feel like the teachers are staying on top of their teaching. I only had one day of weird classes, but the teachers easily found ways around it. The only problem it has given me is the fact that we cannot print things.”

According to the Cybersecurity and Infrastructure Security Agency, ransomware is a type of “malicious software, or malware, designed to deny access to a computer system or data until a ransom is paid.” Although the origin of the ransomware to hit District 155 has not been reported, according to CISA, perpetrators send ransomware “through phishing emails” or users get infected by “unknowingly visiting an infected website.”

How do we protect ourselves?

According to Kevin Rice, a senior software developer with 25+ years of experience in the field and 3 years of FBI security clearance, the “#1 thing that people can do to protect themselves from ransomware is to update their operating system and software.”

Another safety precaution he recommends people take is to leave an “air gap” between personal data and the internet: “Nobody can access your data if it’s sitting on a shelf in a USB key or Disk.”

Art and engineering students just got their labs back.

Atticus Rice and Jake Koffer contributed reporting for this story.