Flushed Away, an Unknown Classic 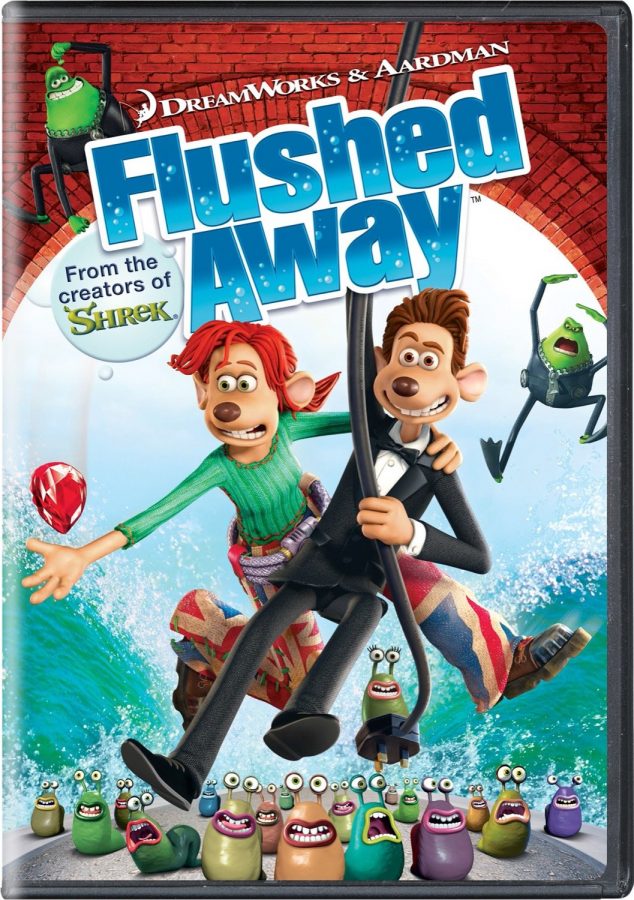 Flushed Away (2006), with actors Hugh Jackman and Kate Winslet, is available to watch on DVD.

When you see a title such as Flushed Away, your first thought isn’t a cinematic masterpiece, but I’m about to change your mind. A staple of my childhood, a classic that many of us forgot about, unfortunately overshadowed by others like–Over the Hedge and Shrek–this movie is worth remembering.

The only thing you have to know about this movie is that it is one of the most original and creative movies of all time.

Roddy (Hugh Jackman), a rat living in the lap of luxury, is flushed down his toilet by Sid (Shane Richie), a rowdy, slightly obnoxious comic relief character. He then stumbles, literally, upon an entire city in the sewers. There he encounters Rita (Kate Winslet), the spunky adventurer and chaos and comedy ensues.

When I say this is one of the most creative movies of all time, I really mean it. The characters have definable, relatable traits, none of which are annoying to watch. Rita is constantly saving Roddy from the shenanigans his classy ditziness causes while on the flip-side Roddy keeps her life exciting–it’s a classic dynamic duo.

The set design in every scene is made up of small human items that are used by the rats in ways you wouldn’t even think of. For example, a porta-potty and a telephone booth are used to create a bridge. A can of soda is used as a boat. A tire is used as the back bumper of Rita’s boat. You see my point.

This is the kind of movie you can watch over and over again and never get tired of because there’s always something new to look at. Easter eggs especially are my favorite in this movie. For example, Gromit (from the Wallace and Gromit series) makes an appearance on top of a pen underneath Rita’s boat. Or in one of the first scenes when Roddy is dancing by himself, you can spot a photo of Wendolene Ramsbottom from A Close Shave, another production of Aardman Studios (another film I highly recommend).

The attention to detail in the movie is insane: every scene is interesting and no two scenes are alike.

Something else original about this film is that it doesn’t follow the same routine of any other “villain-hero” film. There are essentially two stories happening at once: Roddy’s journey back to the surface and Rita trying to stop the Toad (Ian McKellen) from creating mass destruction. It constantly flips back and forth without feeling choppy yet keeps you engaged with every new scene.

As you can probably tell, I adore this movie. While on paper the concept seems far-fetched and frankly weird, the movie itself, in my humble, nostalgic opinion, is simply a cinematic masterpiece.