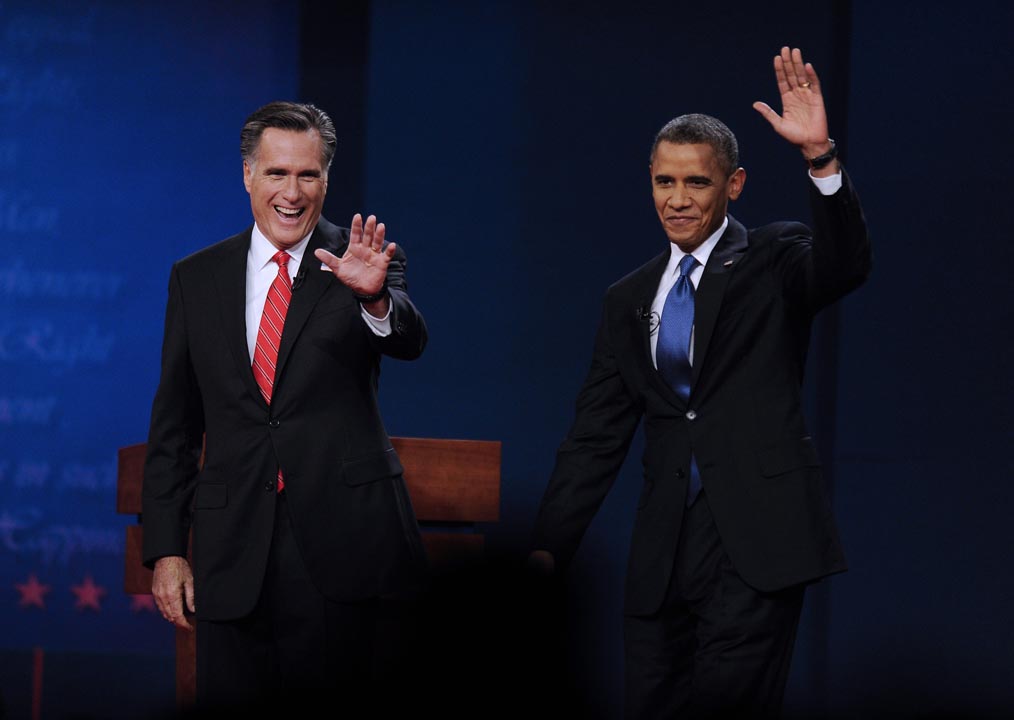 Mitt Romney was the winner of the first presidential debate in 2012 hands down.

Romney was in attack mode all night, putting Obama on the defensive. Romney told the stories of individuals who have come up to him and his wife Ann at campaign events asking for help in getting a job or saving their homes from foreclosure.

“Yes, we can help,” he said, looking straight into the camera, speaking to the millions of voters watching from their homes.

He was not just speaking to the hundreds in the University of Denver arena. Instead of speaking to Obama like Obama did to Romney, Romney spoke to the people of America which made people feel like he was talking to them directly.

Romney was easy to understand and confident.  He was engaging and positive. He calmly presented his vision and plans for America.  He was consistent in his responses.

Romney specifically talked about how Obama wanted bigger government.  Romney did a good job of grabbing people’s attention by describing Obama’s bigger government ideas/plans as trickle down government.  He effectively positioned his rebuttals to these plans making Obama’s position look less than positive.  Romney also countered by saying very specifically more government will not solve America’s problem.   He was definitely more in control and comfortable in this format than Obama.

His demeanor was truly presidential.

Obama, on the other hand, seemed to lack energy and his usual charisma.  I thought he looked almost rumpled, and his posture wasn’t confident.  Obama smirked and a few times laughed at Romney in a condescending way, making him look pompous.  People don’t want to connect with someone who is unwilling to give specific answers to questions and instead deflect with a condescending remark.  He was never able to get the momentum going and project a positive attitude.  His responses were almost nasty.

Obama is clearly better with a teleprompter. Without one, he fumbled for words and wasn’t able to get across real details or ideas.

Romney was the clear winner.  His job was to explain to the American people who he is and what he plans to do, and he did just that.  He talked about his family and values, and he explained his vision.  Obama’s responses lacked specifics, and his pompous attitude must have turned some people off.  This first match definitely went to Romney.