Are You Wasting Your Vote? 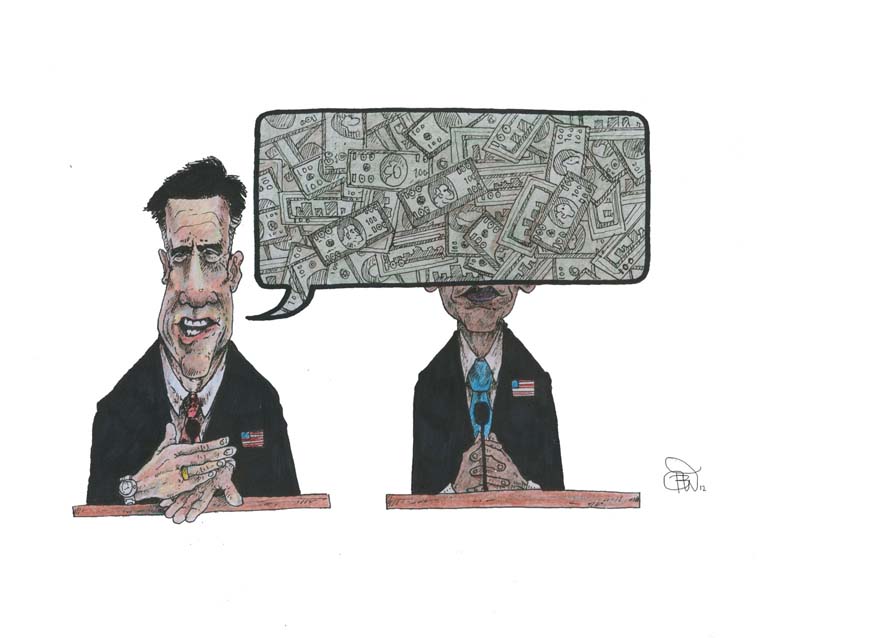 The economy does not consist of lone Presidential plans: it consists of blue collar workers and the jobs they may or may not have; it consists of inventors, nail artists, and stockbrokers on wall street, and around the world. A president’s economic plan never comes with guaranteed success because of the economy’s free spirit and uncontrollable tendencies, and thus citizens should base their votes on the social policies of the candidate instead.

In presidential debates, candidates consistently discuss the economy the most: what the last president did, how it helped or hurt, and what they plan to do to fix the economy. However, no “more jobs!” button or “lower gas prices!” lever exists; therefore, basing a vote on something that unreliable leans toward the irrational.

Voters focus on economic issues too. A Gallup Poll from February 2012 reported 92% of people think that the economy is either “Extremely or Very Important,” whereas only 38% assign the same importance to social issues like gay marriage or abortion. A recent poll shows that a majority thought that Obama would be better at handling social issues whereas most people thought that about Romney in regards to the economy. So how does a voter decide which candidate to back?

If you are passionate about education reform or wonder how you’ll pay for college, then read both candidates’ policies on education. Regarding universal health care, Obama has it and Romney abhors it. If you believe in the free market and capitalism, then the president’s stance on the stock market might be more pertinent to you, even if it is more difficult to control.

But decisions made halfway around the world are just as vital and influential as the ones made on the Washington Mall, and therefore, casting a vote based on where an oval office hopeful stands on the economy is, frankly, a waste of a vote.

Because of the nature of laws, a successful candidate can pass his stance on social issues -like immigration and abortion- into an enforced law. Think back to 1868, when after the North won the Civil War a social ideal long disputed finally became a law. This long-awaited legislated freedom was the 14th Amendment to the United States Constitution,  granting citizenship to “all persons born or naturalized in the United States.” President Abraham Lincoln introduced the amendment to Congress and finished it by signature, showing that the president can make huge strides in regard to social issues.

Since that day, social equality has been challenged, battled, and questioned, but because citizens based their votes on social issues in the famous election of 1860, racial equality was achieved for generations to come. Who you elect in the election today can make laws on social ideals like abortion and immigration and education and gay marriage that will last for hundreds of years. This simply does not happen with economic bills and plans because of their high turnover rate.

Thus, to everyone who will be voting next Tuesday, keep in mind how little the president can do about the economy in comparison to his power over social policies. Taking a risk on a presidential candidate’s economic plan is like playing poker with every person in the world. There are just too many people for you to ever really win.